Microglia are myeloid-derived cells that colonize the central nervous system (CNS) already at early stages of development and constitute up to 20% of the glial populations throughout life. While extensive progress has been recently made in identifying the cellular origin of microglia, the mechanism whereby the cells acquire the unique ramified and quiescent phenotype within the CNS milieu and the changes the cells undergo in aging and through the course of CNS disorders requires further research. For more details about microglial differentiation and their role in disease see the following references:  Abutbul et al., 2012, Baron et al., 2014; Andreasson KI et al., 2016. 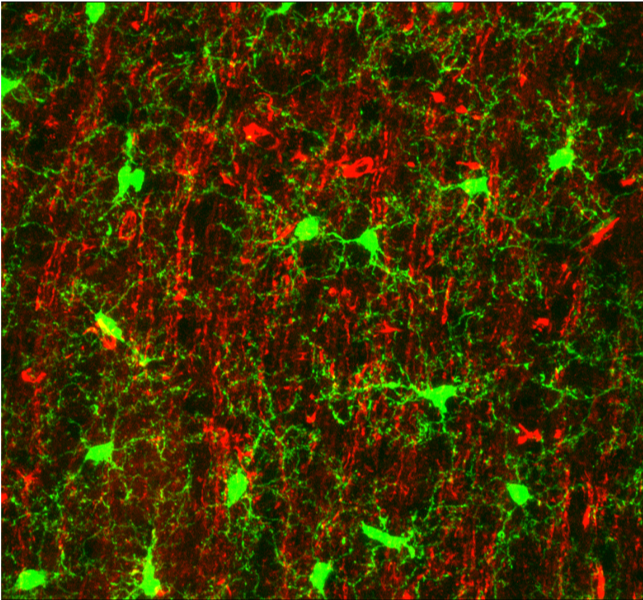 Our current studies are targeted to reveal the differentiation of microglia at early stages of embryogenesis using genetically-modified zebrafish (in collaboration with Dr. Niva Russek-Blum, The Dead Sea and Arava Science center).  In addition, we study the functional properties of the cells in animal models of neurodegenerative diseases (for more details see “Immune mechanisms in aging and neurodegenerative diseases”).